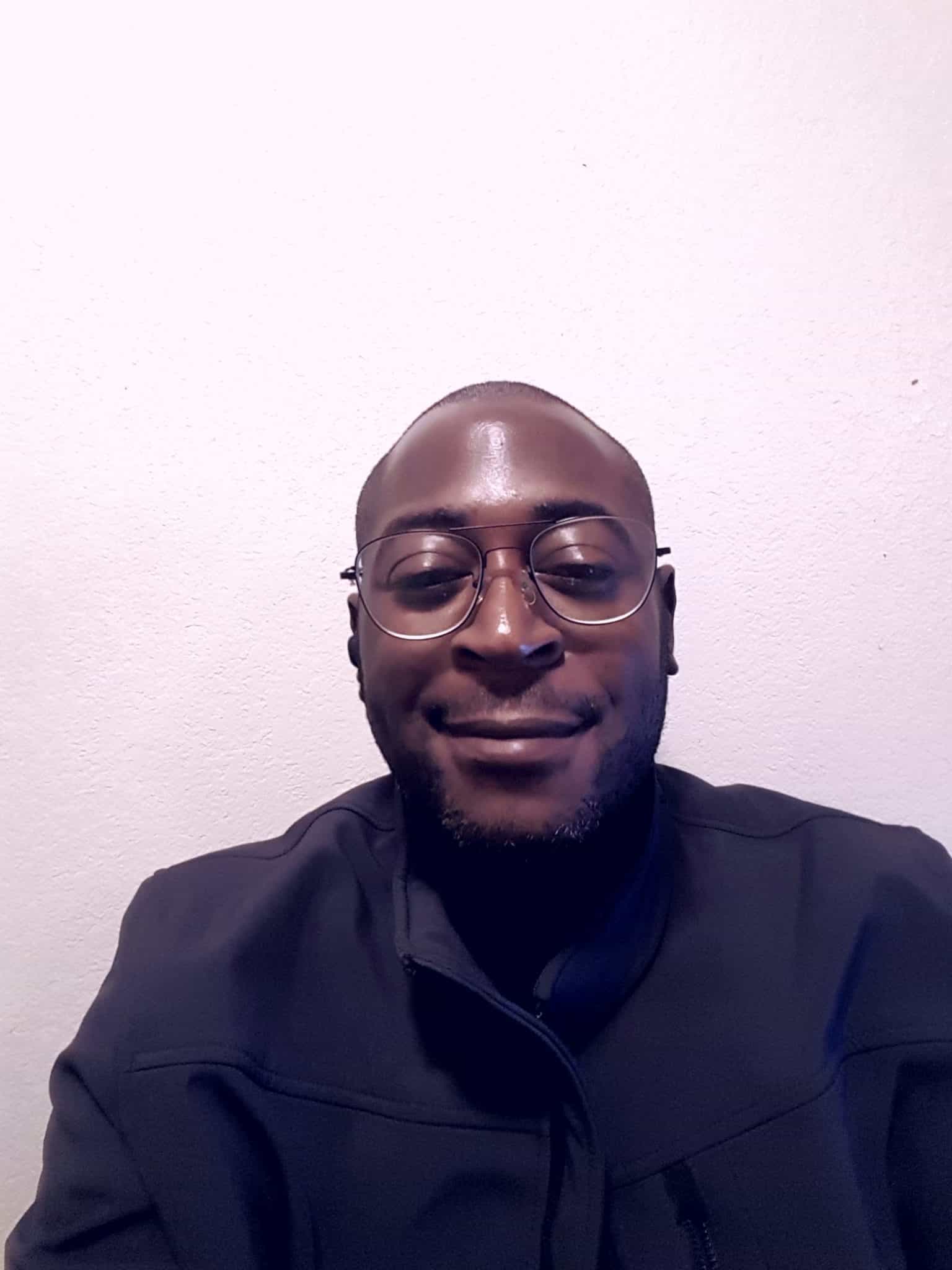 I never searched for cryptocurrencies, they found me. It was all an accident. I was trying to cash in on an investment at the time, and I wasn’t happy with how long it would take for me to get my earnings via check or any other one of the conventional withdrawal options I was given.

Bitcoin to the rescue.

The patient rep who I was talking to suggested cashing out with Bitcoin. I had no idea what it was, so I quickly opened my browser and googled it up. I stumbled upon a bunch of articles about some blockchain thingy.

I wasn’t really sure what to think of the whole thing, so I ended up only withdrawing a small portion of my earnings to test out this bitcoin stuff.

I opened up my first bitcoin wallet by signing up for the first website I found where you could trade bitcoin for fiat currency. It’s a site called Local Bitcoins and they gave me a free wallet I could store bitcoins with.

Long story short, I ended up getting about 10% more than the amount I withdrew by the time I converted my bitcoin into fiat. I couldn’t believe it; 10% more just for using bitcoin? So, I immediately withdrew the rest of my earnings from my investment and started trading bitcoin as a side hustle.

Trading bitcoin can be profitable once you know where the best places to buy and sell are. It’s like trading stocks or anything else; sell your holdings for more than you paid for them.

Some traders get this done by arbitrage trading on exchanges like Local Bitcoins and Paxful where they can buy and sell from users from all over the globe using a wide range of payment systems. Margins can be as high as 15% on some trades.

That isn’t to say every trade made was guaranteed profits. With fellow traders competing fiercely for each user looking to buy or sell bitcoin, and the occasional whale looking to get rid of large amounts of cryptocurrency even at negative margins, some days were more profitable than others.

The occasional loss was part of the game.

There’s an old saying that goes, “A smart man learns from his mistakes, while a wise man learns from the mistakes of others.” Hopefully, the painful lessons I’ve had to learn over the years trading cryptocurrencies will help you to avoid some of the pitfalls that often leave new traders discouraged.

Here’s what I learned:

Cryptocurrency investing has taught me a great deal, and once you reach the end of this article, you’ll know why & why should and should not do.

Trading cryptocurrencies has been an interesting experience, even as I trade less and less as the years go by. This article will go over some of the painful financial lessons I’ve learned while trading bitcoin and other cryptocurrencies.

This lesson hurt the most since I should have known better. I’ve never been the gullible type and I even got a few warnings from other crypto traders I shared tips with.

I saw an ad that was trying to buy bitcoin at about 40% over the market price at the time. A part of me knew there was something fishy about the offer; who wants to pay 40% more than they have to when purchasing anything?

I couldn’t resist though, the trader had thousands of positive reviews and the account had been active for a couple of years. I took the bait. Sold a couple of bitcoins and made almost as much as one costs in profits.

The money from the trade was in my account. I used it to buy more bitcoin and kept trading. It took a few weeks before PayPal flagged the transaction and froze my account.

Now, I was out two bitcoins, and the PayPal account I had used for years was gone. I’d even have to wait for six months before being able to withdraw the money I had in my PayPal account. All because I got greedy.

Scammers like the one I ran into can be found anywhere users trade BTC for fiat currencies or other cryptocurrencies with one another. The most obvious ones offer trade terms that are significantly higher than what other users are willing to pay.

There’s a reason such nefarious people are willing to pay more for your crypto than anyone else, it’s all profit for them since they have no intention of paying you.

Payments sent from such users are typically from hacked accounts, but some people will send payments from their personal accounts and file chargebacks.

Reputation and how long a user has been trading doesn’t mean much on any of these platforms. Instead, make sure the person sending you a payment is who they say they are by verifying their identity and contact information.

It won’t give you 100% protection against scammers, but you’ll be able to spot most of them.

2. Always maintain as much control as you can

This lesson was just as painful since it was completely avoidable.

The Mt. Gox exchange scandal (that involved over 850,000 bitcoin stored on the exchange’s hot wallet being stolen from users) led to the first major bitcoin crash, pushing prices down from over a thousand dollars to about a hundred as hackers sold off their ill-gotten gains.

Still, I had a habit of leaving my cryptocurrencies on exchanges after purchasing them.

Now, before you jump down my throat, there was a reason for my madness. Keeping my crypto on exchanges made it easier to sell them at profitable prices.

I would put in my sell order and forget about it. When prices rose, my order was sold, and I made profits.

I decided to do the same with about 5,000 UFR which I bought for $50 on COSS exchange. I kept my UFR there and set my sell order for when prices mooned.

Then, I tried to log into my COSS exchange account early 2020. The Singapore-based exchange had seized the coins on their network, under the guise of switching over to new management.

They eventually tried to rebrand themselves and relaunched a new exchange. As of now, I still do not have access to my coins despite all of my attempts to get them.

If you’re wondering, the 5,000 UFR that was stolen from me is now worth over $17,000. What makes the lesson more painful is it would have only taken a minute to send my UFR to a personal wallet and I could have avoided getting scammed by an exchange.

The moral of the story:

A personal wallet gives you full control of your assets so you don’t have to deal with any surprises.

3. Trying to get rich off borrowed money is risky business

If you can’t tell already, I’m a bit of a risk-taker. After enjoying decent success day trading on a cryptocurrency exchange called Poloniex, I decided to give their margin trading option a try.

This is when you borrow money from other users using the platform. They earn interest, and you get to trade with about three times the amount of coins you have on the exchange.

Things were great at first. Having more coins to trade with led to higher profits even after paying interest to the lenders. Had a few losses here and there, but most of my trades were in the green.

I was trading XMR when a historic dip occurred. First, I lost about a thousand bucks worth of coin, but I figured I would make it back when the price rebounded.

Then it was two thousand, then three, then four. Since I was trading with other people’s money, the exchange automatically closed out margin trades at a point to prevent lenders from losing their money.

I didn’t owe anyone anything when the system automatically closed out all my margins, but I had lost about 5,000 bucks. It was enough to sting at that point in my life. What made things worse was when XMR rebounded and reached historic highs a week later.

If I had resisted the urge to trade with borrowed crypto, I would have had to hold a bag for a week, then I could have cashed out three times my investment. Instead, I took a big fat loss.

Depending on which trading platforms you choose, you might have the option of borrowing money from other users.

While tempting, try to avoid this since it takes away your option of riding out massive price drops. Anyone who has ever looked at a cryptocurrency chart knows how volatile they can be.

Regardless of how much you think you’ve lost due to a price drop, there’s a good chance you can still recover or even make a profit when the price goes up. Margin trades force you to sell at the bottom of the price drop leading to huge losses.

If you insist on trading with borrowed money, make sure you exit as soon as the market starts moving in the wrong direction.

Ironically, I’m more amused than bitter about these experiences since I’ve made way more than I’ve lost trading cryptocurrencies. Sure, each lesson was the worst thing ever at the time, but they were all things I needed to go through.

I learned not to fall for offers that were too good to be true, I learned how trading with other people’s money put me at a disadvantage despite the potential for larger profits, and the importance of storing most of my cryptocurrency in personal wallets I have full control over.

I doubt I would have enjoyed the success I’ve had as a crypto trader if I didn’t learn all these lessons early on.

You will also learn a few lessons of your own if you decide to start trading cryptocurrencies. Learning from my mistakes will help you to avoid untrustworthy people looking for inexperienced traders to separate from their coins.