7 Things You Should Definitely NOT Do When You Retire 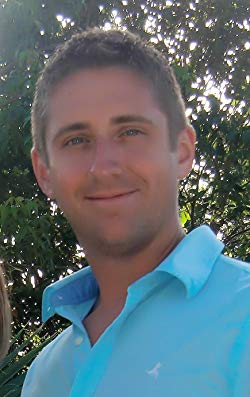 There was this guy I used to work with named Dave. He was quite a bit older than me and he would always talk about how retirement was just around the corner. Then one day, he announced he was leaving work for good and we were all very happy for him.

Then about ten years later I ran into him again working at another company. I asked, “What happened? Did you get bored and decide to go back to work?”

He said, “No. The market tanked and I started running out of money”.

Unfortunately, Dave’s situation isn’t unique. According to the Employee Benefit Research Institute, an estimated 40.6% of all U.S. households are projected to run short of money during retirement.

To avoid letting that happen, here are seven things you should definitely not do when you retire.

1- Neglect to Set a Budget

One of the beautiful things about the 4 Percent Rule is that it teaches us just how finite your nest egg really is. For example, if you’ve got $1 million, then you should be able to withdraw 4% of that money (or $40,000) for at least the next 30 years without it running out.

However, if you spend more than that, then the math isn’t going to be on your side. History has shown that you’ll more than likely run out of money prematurely.

That’s why it’s important during retirement to set a budget and stick to it. Just like you probably did during your working years, determine what you can afford and trim those expenses whenever possible.

Remember to also keep track of your spending so that you can closely monitor your progress and make any adjustments as necessary.

2- Be Sticker-Shocked By the Cost of Healthcare

If there’s one thing that scares me about retirement, it’s what the cost of healthcare will be. Without an employer to carry some of the weight, the experts are saying you can expect to pay as much as $574 per month per individual out of pocket.

If you think the government is going to help, think again. Even people on Medicare (age 65 and older) still have relatively high deductibles and expensive add-on plans that can end up costing several thousands of dollars each year.

When you’re planning your retirement budget, be sure to really investigate how much medical insurance will cost and get multiple quotes. You may even find it beneficial to work part-time for a company that will let you hop on to their health care plan. It might even be beneficial for your to brush up on how life insurance works and revisit yours so you aren’t surprised later down the road.

And if you work somewhere now that allows you to take a part of your paycheck and deposit it into a health savings account meant specifically for medical expenses, you definitely should.

This type of account will most likely follow you into retirement and you can start by adding whatever you are able to.

I can still remember when you could buy a taco from Taco Bell for $0.59 (yes, I’m old). Now, it’s a challenge to find a place where you can eat lunch for less than $10.

Inflation is a reality that we all must accept. Unless you acknowledge that the cost of everything will go up and work this into your plan, you’re going to be in for a rude surprise 10, 20, or even 30 years down the line.

Since inflation has historically been about 3% per year, using the Rule of 72, you expect the cost of just about everything to double in approximately 24 years. Use that knowledge to make adjustments to your spending projections as needed.

Once you’re retired, your natural tendency is going to be to protect your nest egg. For most people, they will do this by moving away from aggressive investments like stock funds to more conservative ones like bond funds. But doing that might actually do more harm than good.

The fuel that will make your nest egg last for 30 years or more is compound interest. And for compound interest to do its thing, you have to be invested in securities that produce a relatively high rate of return.

Going back to the 4 Percent Rule, you can especially see this to be true. For instance, if you look at the Trinity Study (one of the papers that made the 4 Percent Rule popular), we can see how different mixtures of stocks and bonds affects the likelihood of not running out of money in 30 years:

The bottom line: If you want your savings to last, you need to continue to invest somewhat aggressively (50-100% in stocks), even throughout retirement.

5- Not Staying in Control of Your Money

In 2008, one of the biggest Ponzi Schemes ever from investment chairman Bernie Madoff was exposed. Madoff, who was trusted to manage some of New York’s wealthiest individuals ended up defrauding them of an estimated $64.8 billion.

Honestly, when I retire, the last thing I’m going to want to do is to hand over control of my money to anyone else. Nothing against wealth managers, but I don’t need to pay someone a 1% fee (which would be $10,000 for every $1 million) per year to tell me that I should watch my spending and not get too greedy with my investments.

So instead, start managing your money the right way now, that way you’ll be comfortable with how to do it once you finally do retire.

If your retirement plan projections end when you reach the average age of life expectancy (roughly age 79 in the U.S.), think again!

Not only is that a bit creepy that you plan to die at age 79, but the reality of healthcare is that people are living longer and longer. Plus, with the cost of medical care rising every year, you can’t exactly afford to take any chances.

My advice: Plan your retirement so that your money lasts until you’re at least 100 years old (or more). I know that may sound extreme, but I’d rather leave some money behind after I pass away than have to go apply for a job at age 95 because my savings ran out.

7- Not Having a Life

One of the absolute worst things you can do when you retire is to do “nothing”.

… No more being active.

… No more talking to friends or other people.

… No more using your brain.

Not only will you quickly get bored, but it’s also going to take its toll on your health and mental state.

Just like saving and building your nest egg was important as you worked your way towards retirement, determining what you’ll do with your life once you get there should be just as critical.

Give this some serious thought and use your newfound time to bring as much value as you can to yourself and others.

Just because you’ve retired doesn’t mean you’re in the clear. You can just as easily run out of money or things to do if you’re not prepared both financially and mentally ahead of time.

Avoid these mistakes by making sure your finances are in order, budgeted, and ready to keep on producing income for decades to come. On top of that, determine what it is you’ll want to do with your life once you get there. It’s your retirement and up to you to make it as successful as you want it to be.

The Latest On Retirement