My Start In Crypto: From Clueless and Skeptical to Profitable 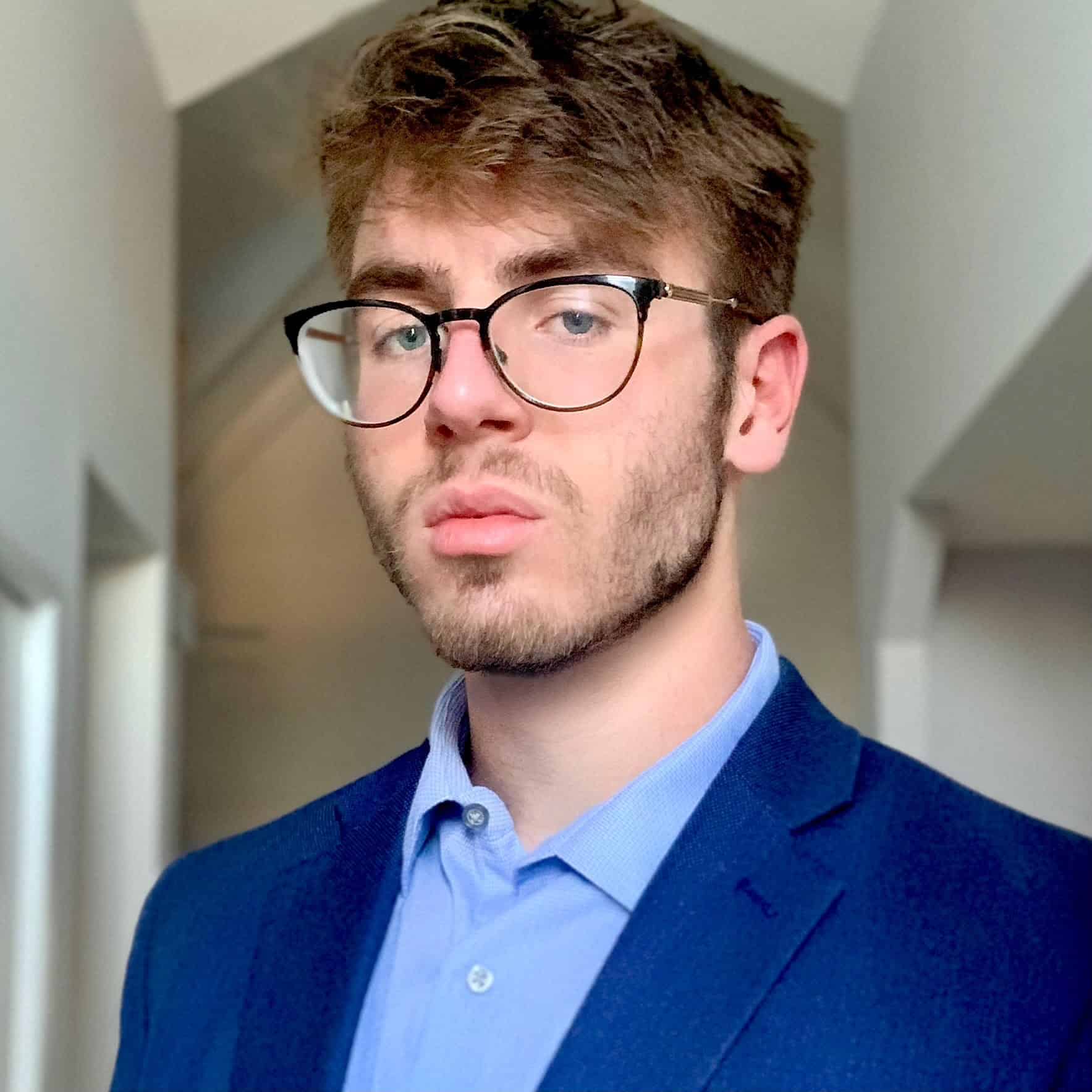 I find that many people go through similar sets of emotions when discovering and getting started in cryptocurrency, but the order varies drastically.

For some, it starts with euphoria: an endless dopamine rush of discovering new ways to get rich overnight and soon buy a Lamborghini and mansion.

Then, that transitions into stress and panic. They bounce from one crypto to another, sometimes selling their own crypto of choice at a loss to chase gains every time they see a different coin start rising in value.

For others, it starts with disbelief and skepticism. The typical response is “this sounds like a scam or internet pyramid scheme.”

Then, the very thought of a digital coin with no physical existence being tens of thousands of dollars is so preposterous that it forces them to conduct some research.

Upon learning more and more, it becomes too enticing to not participate.

I fit pretty firmly into the latter group. I had my own rocky start in cryptocurrency, and made a ton of horrible decisions when I first started. I’m not upset that I made them, though.

Think of it this way: I made these mistakes so you don’t have to. Here are the lessons I learned from each stage of my journey that turned cryptocurrency from a financial mess into a lucrative investing tool.

I’ll always remember what first led me down the deeply-intriguing rabbit hole that is the world of cryptocurrency. It was 2014, and I was in a high school engineering class.

One of my friends, who is very bright but a tad mischievous decided to start an interesting conversation.

“Have you heard about the Dark Web? Do you know what Silk Road is? Apparently people buy illegal stuff with this digital money called Bitcoin.”

The use of Bitcoin as payment on shady areas of the internet was how a lot of people first heard about cryptocurrency. To this day, some people still unfortunately associate it with that concept.

However, the only reason that I am comfortable mentioning a seemingly huge downside as a fan of cryptocurrency is because that statement really doesn’t have much merit anymore.

In fact, due to the transparent nature of blockchain, it doesn’t even make sense to use it for illicit finance because any user can see the entire history of Bitcoin transactions.

So why doesn’t cash have such a bad reputation?

Because of this negative stigma at the time, I overlooked Bitcoin completely. If I threw in $1,000 then, I would have about $200,000 today. I turned away from crypto solely because of bad rumors and stereotypes I heard from other people.

Later, this ingrained in me that although it is good to be cautious and skeptical at first, you shouldn’t just rely on hearsay from others. Always do your own research, and form your own conclusions rather than blindly following others’ conjecture.

My First Investment In Crypto

Because of my earlier inaction, I made my first investment years later. It was 2017 (no one is surprised here, huh?) For those unfamiliar with the reference, cryptocurrency really exploded into the mainstream during 2017.

I could explain it in words, but a single picture will do a better job.

The momentum behind the rapidly rising price was so high that word of mouth made the name “Bitcoin” spread like wildfire.

The euphoria was so crazy that some people were refinancing their homes or taking loans simply to go all-in on Bitcoin. This proved devastating after the price fell swiftly in 2018 back down to $6,000.

At around $17,000, I finally convinced myself to join the crypto market, but I thought the price was way too high.

I told myself I could buy 3% of a Bitcoin, but I would rather buy something “cheap” with potential to “explode” like Bitcoin did.

So, I invested in another less valuable cryptocurrency that showed promise at the time.

I won’t say the name of the cryptocurrency that I bought, because I don’t want to paint a crypto that is still widely-traded in a negative light, but let’s just say I did maybe 15 minutes of research and thought that I was making a wise decision.

I would be buying a Lamborghini in a year, right? Well, maybe in Forza or Need for Speed. Just a month later, I was down over 60% of my initial investment and sold for a huge loss.

It might seem like I would give up at this point and call it quits on crypto. However, I decided to take this failure as a learning experience and look into every mistake I made, turning them into lessons instead.

It sounds stereotypical, but analyzing what went wrong in this situation gave me a framework for making wise choices in the future.

The Two Points Every Beginner Needs to Hear

First and foremost, do not leverage trade. Ever.

Please don’t do it.

Okay, now that I’ve hammered that point home, let me quickly explain why. Leverage trading (known as using margin in the world of stocks) is the use of borrowed funds from a broker or exchange to increase or multiply the amount of assets that you can trade.

This lets you achieve higher profits, but also higher losses. Some leverage accounts let you trade as high as 5x your account equity.

The risk is not worth it.

Second, do not go jumping around from one cryptocurrency to another when you see it start increasing in value. This is known as FOMO, or “Fear of Missing Out.”

Let me give a simple math explanation as to why this will fail you.

However, now this one starts dropping after a huge run-up in price, and you see yourself down 10% again. You sell, and put your $810 into “Crypto C” hoping that it will provide you with returns.

Even though you lost just 10% on each of those two investments, if you get a 20% return on your $810, you will now have $972, a net loss over the course of three separate crypto purchases – all because of chasing gains and fear of missing out.

Patience goes a long way. It’s true in the stock market, and it’s true in cryptocurrency.

This past year, I decided to return to the world of cryptocurrency. I’ll be honest with you, I’m very happy that I did.

I felt as if my disastrous first attempt could actually serve as a learning experience.

My two largest mistakes were not adequately researching cryptocurrencies of interest and buying in at high prices after they have already had huge spikes in price.

Now, I make sure to dedicate hours of research to any cryptocurrency before buying. I’m not a computer science major and I don’t write or understand code.

Although some of the tech aspects are way over my head, I at least learn practical, real-world implications of each project.

I look to see if this technology will try impacting an existing industry that is due for change (like cross-border payments, as an easy example).

Instead of buying cryptocurrencies after the price has skyrocketed, feeling like I’m “missing out” on money to be made, I just wait. I exercise patience.

It’s not a glamorous or exciting strategy, but it works. If I see a project gain huge momentum, I don’t give into impulses and buy. I wait to see if the price will drop back to a previous level it had trouble breaking through in the past, and try to enter there. 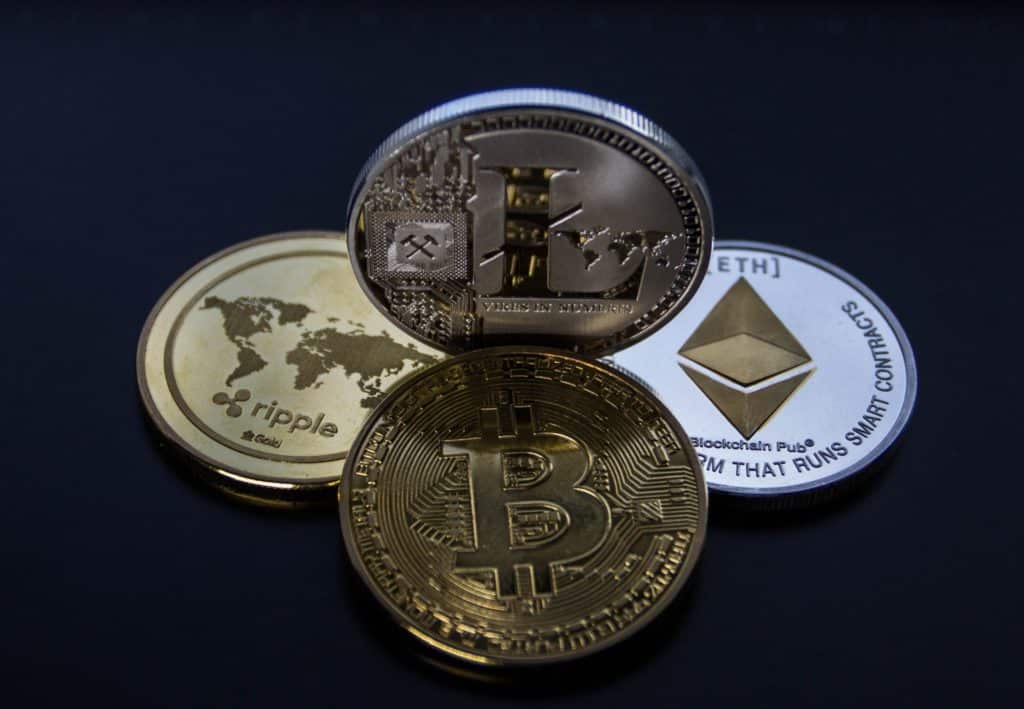 An even better strategy is trying to find a cryptocurrency whose price hasn’t shot up recently.

I look for a crypto that’s been trading within the same 10-30% range for a while, and then look for some of those research aspects mentioned above to check the validity of the project.

Getting in before the crowd feels good. This is how I entered Cardano before it went up 900% from December 2020-February 2021.

If I had waited for this extreme price movement before jumping in and bought once it shot up to $1.40, I would have been shocked to see my investment down 25% just five days later.

After a loss of 60% on my very first crypto investment, I could have easily just given up and never returned. However, I didn’t want to be stubborn.

I wanted to put time and effort into learning and executing a diligent investing strategy rather than one of impatience.

Over the past six months, every single purchase I made has given me over 100% return. I would say it’s paid off.