What is Dogecoin and Should You Invest In It? 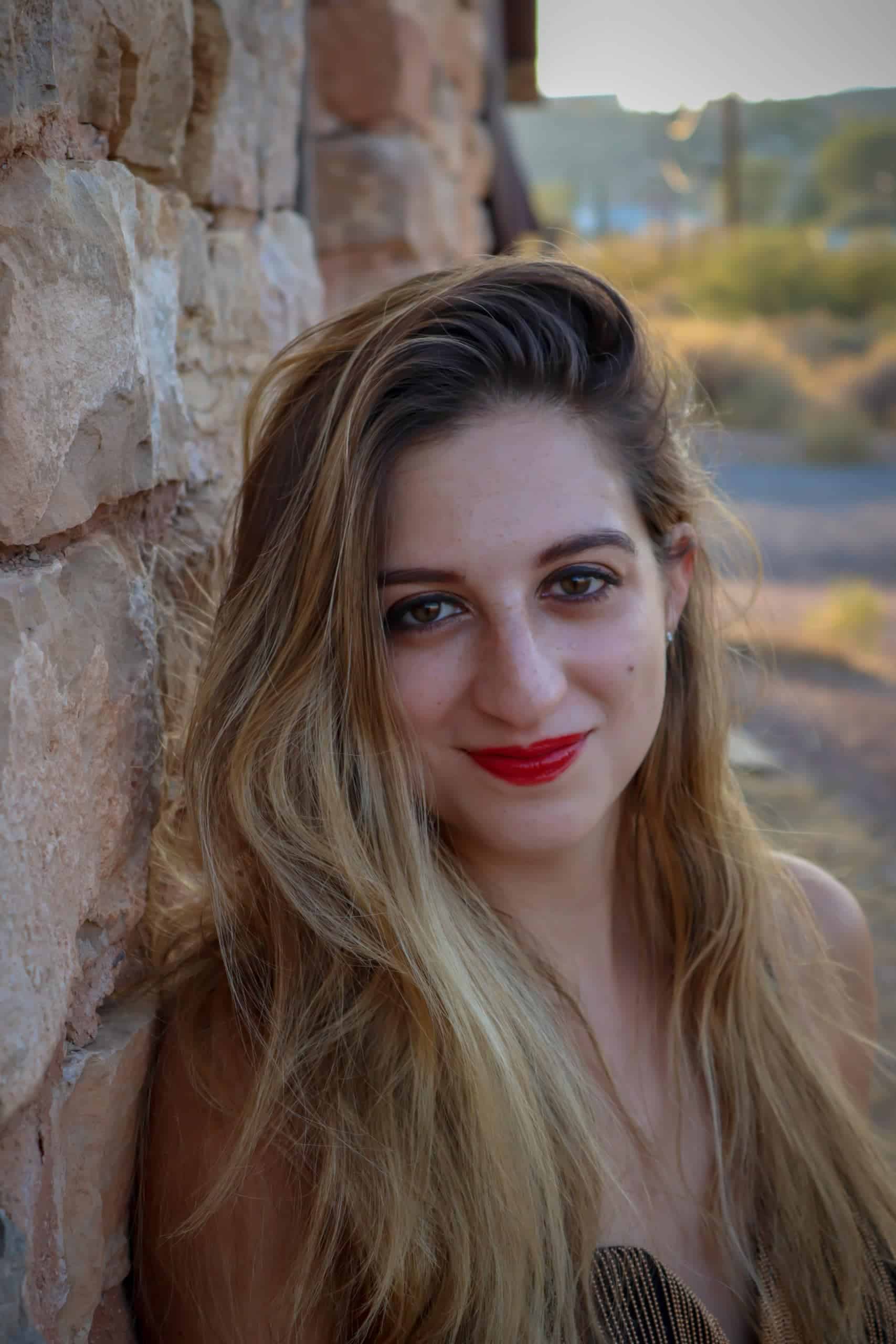 Whether you follow the world of cryptocurrency investing or not, it’s been nearly impossible to avoid headlines that discuss the recent boom of Crypto and if it will last. However, a new name has been dominating the news cycle: Dogecoin.

If you’re unfamiliar with the term, don’t feel bad. Dogecoin is a relatively new phenomenon in the cryptocurrency investing world and it has most investors asking: Is this just a bubble or will this rally last.

So what exactly is Dogecoin, why is it currently popular, and should you invest in it?

Here’s everything you need to know about Dogecoin as the new cryptocurrency on the block.

Dogecoin is a digital currency, similar to Bitcoin, and was invented to easily send money between two parties over the internet without much interference from third parties or outside sources. It’s purely digital, which means there is no real-world physical representation of the money and it’s not backed by anything like paper money.

It only exists online and its inherent value lies simply in what people are willing to pay for it.

In the cryptocurrency world, Dogecoin is often referred to as a “joke,” meant to poke fun at the number of new coins being created every year. In fact, there are over 4,000 cryptocurrencies in the world, with most of them trading at zero or near zero USD.

Cryptocurrencies are decentralized, which means money can be sent between two people without needing a bank or other transaction processor like PayPal to verify the transaction. Dogecoin falls into this category.

So if I wanted to send you money instantly, without having to wait for Venmo three day cashout, or a bank’s five day holding period, I could easily do so using Dogecoin.

The name Dogecoin comes from the coin’s mascot, “Doge” a Shiba Inu dog that was made famous thanks to a variety of popular internet memes around the time of the coin’s inception.

Dogecoin is what is referred to as an ‘altcoin’ in the cryptocurrency world, as it is a coin that is an alternative to the most popular cryptocurrency Bitcoin.

The History Of Dogecoin

Dogecoin was released on December 6th, 2013. It was invented by two software engineers, Billy Markus, who works for IBM and Jackson Palmer who works for Adobe. They wanted to create a cryptocurrency which could reach a broader audience than Bitcoin, while also not being shrouded in controversy like a lot of other altcoins on the market.

Dogecoin was created by combining the software from a couple of other already existing cryptocurrencies known as Luckycoin and Litecoin.

Although Dogecoin was quickly a hit among the public, tragedy struck on December 25th, 2013 when the wallets used to hold Dogecoin (known as Dogewallet) were hacked and millions of the coins were subsequently stolen.

The coin however, did recover, and even surpassed Bitcoin in trading volume for a short period of time in 2014 before crashing in June of the same year.

Why Is It Suddenly Popular?

Cryptocurrencies tend to rise and fall quite quickly in the public eye. Dogecoin is back in the news due in part to a group of retail investors that wanted to beat large hedge funds on Wall Street.

In a nutshell – The Melvin hedge fund had placed what is known as a “short,” or monetary bet that the stock for the company GameStop (GME) would go down in price.. A group of redditors found out about this, and decided that they would work together to purchase as many shares of GME as they could in order to stop Melvin from making money.

And it worked; Melvin had to complete the short and purchase back all of the shares it had borrowed, which ultimately caused hedge funds to lose billions in a matter of days.

After they successfully bankrupted Melvin,several major trading apps like Robinhood, Charles Schwab, and TD Ameritrade, all announced there would be new restrictions on the GME stock, which they claimed was to reduce the level of volatility in the markets.

This made the redditors mad, and they decided to switch over to buying Dogecoin instead of traditional stocks. This idea quickly caught on, and the social media event caused the price of the coin to skyrocket 800% in 24 hours.

Where is Dogecoin Going?

As of the writing of this article, Dogecoin is still priced at a few cents a coin, but has come down significantly from it’s 800% high. The price has remained quite volatile, despite redditors still encouraging people to keep buying so it will ‘go to the moon.’

This is unfortunately typical for cryptocurrencies(like when I bought the cryptocurrency Monero in 2017 for $200 a coin and it immediately dropped to $60 a few hours later), and it’s difficult to predict where Dogecoin will end up, as it is unlikely it will ever lose this volatility to become a stable currency.

At the moment, Dogecoin is trading at under $1, meaning that losses can be kept at a minimum if someone was to invest in this particular cryptocurrency.

The problem with a coin like Dogecoin, which is a common issue experienced by most cryptocurrencies, is that because its price is so unpredictable, it makes it difficult for merchants, or even your friends, to accept it as payment.

And, to be honest, if one of my friends tried to pay me with it, even as a cryptocurrency enthusiast I probably wouldn’t accept! This is because if I accepted a payment from you when Dogecoin was worth $0.05 a coin, it could easily fall to $0.03 a coin within the next few hours and I could lose 40% of your payment before I am able to cash out.

Although there is much work currently happening in the cryptocurrency world to solve these problems, it’s unlikely that Dogecoin will achieve widespread usage anytime soon.

But unlike Bitcoin, Dogecoin simply doesn’t have the same mass following or support (although they do win the prize for cutest mascot). While there are a couple merchants who may take Dogecoin as payment, they are few and far between because of the  volatility issues I previously mentioned.

There are currently a host of websites, stores, and even restaurants who will accept Bitcoin as payment. Not only that, but Bitcoin also experiences frequent upgrades to it’s system, as well as added features, which make it better to use and easier to trade than Dogecoin.

As for Ethereum, well this can’t be compared to Dogecoin at all. This is because while Dogecoin is a new payment system to rival PayPal or Visa, Ethereum is more of an internet-like platform, built to rival the current world wide web.

The word Ethereum refers to a blockchain, which is a network of computers which are connected, on which people can build their own smart contracts. Smart contracts are like web pages, and they can be designed to be businesses, such as shops, exchange markets, and digital banks.

And to further confuse things, when you are buying the Ethereum cryptocurrency, you are really buying the ability to develop these smart contracts and use their features on the Ethereum platform.

Ethereum was never built to be a currency, and therefore it cannot be compared to Dogecoin. Many people get confused because Ethereum and Dogecoin are often both referred to as ‘altcoins,’ but remember, this just means they are alternatives to Bitcoin, not that they function in the same way.

Is Investing in Dogecoin Right For You?

An investment in Dogecoin should only be considered if you are into extremely risky investments with the potential to not have any returns in capital.

This is because when you look at the chart of the price history of Dogecoin since its inception, you can see the coin clearly experiences frequent spikes in price, but always returns to the same price of about $0.007 per coin after a period of time.

This doesn’t make it a good long-term investment, because its price isn’t on a constant incline like Bitcoin’s is and doesn’t seem likely to generate long term returns from just holding the coin.

After its initial creation spike, the following spikes were due to cryptocurrency being in the news in 2017 and a TikTok challenge in 2020. And these spikes were years apart.

As a general rule, an investment which depends on its popularity in social media is not something you want to depend on for long-term returns.

This same tactic of observing the price charts can be employed for any cryptocurrency or stock you consider buying. Personally, I look for something which has a generally upwards trending trajectory. This doesn’t mean that my investments are risk free, in fact, the amount of risk is likely the same whenever you invest your money.

I’m just personally looking for something which is more likely to generate some returns, rather than investing in something like Dogecoin where I am just waiting and hoping for the next social media “spike” in order to sell.

Overall, the current Dogecoin craze is probably just another spike on the chart of a cryptocurrency which is subject to frequent media induced spikes. Although the technology behind Dogecoin is sound, it simply doesn’t have the following that Bitcoin does, and will likely never be used with any frequency.

And therefore any investment in Dogecoin should be considered risky, as the coin is extremely volatile and unpredictable.

If you’re looking to invest in Dogecoin or any other cryptocurrency, make sure you do your research and always assess your personal goals before putting down any money. In addition, be sure to compare the digital currency you’re interested in against other coins to decide which one is the right investment for you.

Cryptocurrency investing is still fairly new to the business & financial world and there’s no telling where it’s headed next. However, by staying up to date with the latest trends, knowing your history, and assessing your own goals and risk tolerance, you can help to reduce any potential losses with digital currencies, and actually start making money if you do things the right way.

And with serious gains on the line, you’ll always want to keep an eye on your options so that you can differential the winners from the “joke” coins and potential bubbles.